To land a call center job, there’s no college degree to finish, no bar exam to take, and no license to show off. It doesn’t even matter if you dropped out from college or if you only got a high school diploma to show for it.

But if you must know whether it’s a no-brainer job: No, working in a call center is not, in any way, a no-brainer job. In fact, it is in this industry that an agent can learn a phenomenal set of skills that can be very useful in any field. So much so, that if you decide to quit your call center job after a year, you’ll come out as a strong person, career wise. To prove my point, I’ve written few of the major tasks a call center agent have to do in every shift.

Humans who were overcharged, whose orders were late, whose refund they didn’t receive, whose internet aren’t working, whose bank accounts they can’t access, etc, etc.

The goal? Make sure that every customer hangs up the phone happy.

Repeat that 50-60 times (the average number of calls per agent per day) and kindly estimate how much neurons it would take to accomplish that.

2. Call center agents deal with negative emotions. Lots of them.

And if you think that irate customers are their only nightmare, then you think wrong.

When a customer sounds happy, an agent needs to pretend she’s happy, even if she’s not.

Forget that the previous customer accused her of stealing their country’s jobs and calling her a mail-order bride. The show must go on!

3. Every now and then, a well-intentioned customer cracks a joke. The real joke though, is, the joke isn’t funny at all.

To avoid embarrassing the customer, every agent has his/her own signature laugh mastered to perfection reserved for customers with lame jokes.

Guys, to say it’s a demanding job is an understatement!

As a worker of this “no-brainer job”, they pay very close attention to the each customer’s pace, tone of voice, words they use, and manners of how they talk.

Then, from these observations, they carve out a whole new personality from themselves that would cater best to each customer’s personality.

Tough? Try this for a week and you’ll understand what “tough” means.

5. In this “no-brainer job”, agents need to play psychologist and understand human nature.

Positive scripting is a skill every call center agent is a master of which involves delivering a very bad news and making it sound like it’s the best news ever. Wanna try? Goodluck with that.

I can go on forever and you still probably won’t get it unless you try yourself.

Tell you what, why don’t you try working for a day and we’ll see how that goes? That’s if you can pass the initial interview. ?

if you think that call center agents are paid for being able to speak English alone,
if you feel it’s unfair that they’re earning better salary than you do, even if some of them only finished high school or dropped out from college,

At least stop calling it a “no-brainer”. You don’t know the half of it. 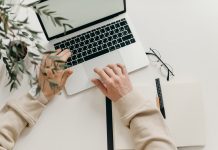 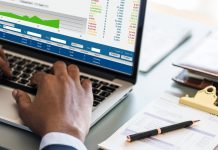 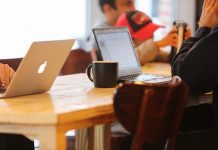