If Shopee charges zero commission fee to sellers and offers free shipping to buyers, how the heck does Shopee earn profits? It’s the question that’s been bugging sellers since Shopee started operation. So I decided to do some research (which involved calling Shopee twice and researching online) and here’s what I found.

So how the heck does Shopee earn from sellers? The straight answer is: nobody knows. In fact, when I called Shopee, both agents were dodging the question like the plague. They probably didn’t know or Shopee doesn’t want them to say.

But let’s forget that question for a second and ask a different (and a more insightful) question instead: Why is Shopee offering everything for free? If we figure out the why first, then we might just figure out the how.

Why is Shopee free for sellers?

Besides, Lazada started earlier and has already gained 3 years’ worth of traction before Shopee launched last 2015.

So when Shopee launched, it didn’t just launch. It launched with a bang and made an offer that buyers— and especially sellers— couldn’t refuse. It offered its services for free.

Fast-forward 4 years, Shopee app earned its 1st place as the most downloaded shopping app in Southeast Asia with Lazada falling behind as second.

From there, Shopee caused a ripple effect benefiting itself, the sellers, and the buyers. But not so much for Lazada.

While it’s great news, it still doesn’t answer how Shopee earns from sellers. So I called Shopee and talked to 2 agents.

How exactly does Shopee earn?

The first agent told me “it’s confidential”. Right. Nothing can be done there.

The second agent, who didn’t get the memo, made an attempt to answer the question. Our conversation (translated from Filipino to English) went something like this:

Agent: Shopee earns its profits from the traffic it’s getting.

Me: Yes, but how exactly? If sellers don’t pay commission fees, and buyers get free shipping, where does Shopee gets its share?

Agent: It’s there but you just can’t see it. Like bloggers, who have big followings and likes on social medias, they earn money.

Me: Yes, but from whom? Not from buyers, not from sellers. So from whom?

Agent: Not from whom, but from ads.

Me: But isn’t Shopee the one paying for its own ads? The one where Anne Curtis is wearing an orange dress and singing Shopee-pee-pee-pee-pee?

Me: Oh okay… Well, maybe Shopee somehow gets a commission from the shipping company it’s partnering with? (Desperate and setting for a hint instead!)

Agent: Yes, we earn from that, too.

Our conversation kept circling back to the same question until I figured out there was nothing more I could squeeze out of her.

So I went online and made some searches and I found out that:

Here’s a word for word post from Shopee Singapore.

How is the Transaction Fee calculated?

Transaction Fee is 2.14% (GST included) of the total payment of an order after application of any Shopee vouchers or Shopee Coins, including shipping fees. It will be rounded up to 2 decimal places.

Ah. So that explains it.

Will Shopee keep its platform commission-free in the future?

But here’s my guess: Seeing that Shopee Singapore is already starting to charge sellers, it’s probably only a matter of time that other Shopee countries like the Philippines will start doing the same.

Or not. It really all depends on Shopee. The possibility is there though. And it’s already starting.

It’s possible. But again, only Shopee can ultimately answer that. They’re probably still in the experimentation stage, seeing that they’re only charging in Singapore.

Shopee has teamed up with shipping couriers like Black Arrow, Xpost, Ninja Van, 2GO, Zoom, and Grab Express. So it’s also possible that for every buyer who uses one of these shipping services, Shopee is getting a cut.

While the agent did confirm this, she probably did so to get me off the phone. ? So that’s just a guess. Can’t be sure.

It dawned on me that the “ads” the agent was talking about during the call were the ad fees that Shopee is earning from sellers who pay to advertise their products in the app. That one isn’t free.

But are those ad fees enough to sustain Shopee? And is enough number of sellers who actually pay for ads?

One Shopee seller I know (not me) who’s making roughly a million peso a month from her sales said she doesn’t find it necessary to pay for ads since customers still kept buying from her shop anyway.

Of course, that’s just one person so do take that example with a pinch of salt.

Only time will tell for, sure. Shopee is still 4 years old and there’s always a lot to tweak and experiment with if it wants to stay as one of the big players in the industry.

What this means to aspiring sellers

The time to start selling in Shopee is now while the commission is free and while you could gain more serious traction than you would if you were already paying for a commission fee.

If you want a step-by-step guide on how to start selling in Shopee, this post is for you: How to Sell on Shopee: Step-by-Step Tutorial With Pictures

I update that post as soon as something new is brewing in Shopee.

What this means if you’re already a Shopee seller

Just keep expanding and keep the 5-star reviews coming. You might also wanna read this post: How to Increase Shopee Sales for Free: 11 Effective Tricks. It’s the list of things you can do to promote your products without paying for ads.

I also don’t need to tell you to not put all your eggs in one basket. You probably know that by now.

If you’re still not in Lazada, then you’re missing out on a lot of sales. Why only take one when you can have both?

UPDATE April 20. 2019: Shopee Philippines is now charging 1.5% transaction fee (VAT inclusive) of the total payments you receive from your buyers.

Meaning, everytime you transfer your sales to your bank account, a 1.5% charge will kick in. 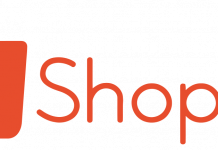 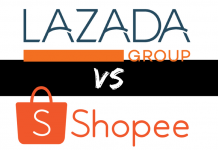 Shopee Vs Lazada: Which Platform Should You Sell On? 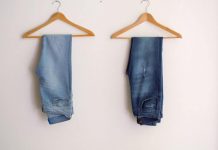 You Can Sell Second-Hand Items in Shopee. Here’s How.