Six years ago, when I was 18 and just started working in the city for the first time, my mom gave me a piece of advice that would later prove useful, “Soon, you’ll get tired of working for an office job. If you don’t want to work forever, you’ll need all coconuts that you can get.” Here’s how to make money by leasing coconut farms without breaking a sweat.

if you want to earn almost without doing anything

if you want an extra source of income other than work.

Lots of people (employees especially) think that all money is only easily earned in the city. In the province, the wages are low and job demands are even lower.

Even holding a bachelor’s degree isn’t a guarantee you’ll land a job. And unless you you know someone close in the municipality, there’s a big chance you’re gonna remain jobless, unless you come to the city.

Reality. But, there are exceptions.

Make no mistake of believing that money is only earned in the city because you’re missing a big opportunity.

As strange the idea might sound, yes, there are as much opportunities in the province as in the city. You just have to know where to look.

Let’s talk about coconuts and how you can earn from it almost without doing anything. Sounds silly, I know, but wait until you’ve read everything.

If you live in Mindanao whose one of the main agricultural product is coconut, consider yourself lucky. In rural areas, you can literally lease a coconut farm for as low as ₱20,000 for 2 years. No kidding. Depending on where you live, the price will vary, of course. But properties in the rural areas of Mindanao are ridiculously cheap.

I live in Lupon Davao Oriental (Region XI) where coconuts are everywhere.

Profits from Leasing a Coconut Farm

What’s good about leasing is you’ll always get your money back plus the earnings you’ll get within the agreed time on the contract.

For example, if you sign a contract for a 2 year lease for ₱20,000. Within those 2 years, you are the owner, and all earnings from the farm goes to you. Now, remember that a coconut farm bears fruit every 2-3 months. This means the money comes every 2-3 months. Let’s say every 3 months, you get a net income of ₱4,000.

Wait, “without breaking a sweat?” Oh, I forgot to tell you that the labor cost in the province is ridiculously cheap due to the low cost of commodities. Therefore, you don’t have to be the one to climb and harvest the coconuts. All of that will be taken care of for a low fee.

Who buys the coconut products?

In the Philippines, especially in Mindanao, coconut product buyers are everywhere. Coconut as you may know, is used as a raw material for a lot of household, cosmetics, and food products. These buyers export these coconut products to another country where they sell it for a higher price. Therefore, looking for a coconut buyer is not a problem.

What if I don’t have time to supervise the harvest?

You need to have someone you trust who can do it for you. For instance, I made a 50% profit division deal with my parents, in exchange of them supervising the whole thing while I’m in the city. They also shoulder the labor cost while I get the full 50% without any effort from my part.

Well, it doesn’t have to be. I only made it 50% because they’re my parents. Most agreements usually ranges from 20% to 30%, depending on your deal with the caretaker.

What does the caretaker do?

Keep the thieves away

Where I’m from, people entering your property and stealing coconuts to sell to the nearest copra buyer is not uncommon. Sometimes, if they’re desperate, they even climb all the way up.

You can avoid this if the property is fenced but usually, most aren’t. This is where your caretaker comes in handy. Thieves won’t steal from your farm knowing that somebody close and who likely knows them oversees the farm.

Besides, in the province, it’s such a small world. People know one another. The chances of your neighbor stealing your coconuts? Very likely. However, although thieves may climb your coconuts, all their aggressiveness flies out of the window when they know that the whole barangay will likely find out about their mischief. They’re usually more scared of the tsismis from the neighbors than going to jail.

This may not be the case in your province, but it certainly is with mine.

Hire and pay the laborers

I consider this as the most pain the ass stage of owning a coconut farm. There are several ways you can make an end product of coconut to sell. The most common are selling the whole coconut minus the husk, charcoal, and copra.

Copra is where you earn the most but also the more time-consuming. You have to go through some smoke in your eyes and mosquitoes. Lucky for you, you don’t have to go through this. Your caretaker will do it for you. Sometimes, they hire help in their expense. Depending on your agreement, either one of you pays for the labor cost, or split it.

Your job as the lessee

Your caretaker does all the dirty work that you don’t wanna deal with. However, you need to make sure that in the process of buying, selling, and signing the contract, you are present. Very important. The validity of contract will make or break everything. Being the lessee, you’re the first to lose if something goes wrong and the owner gets sneaky with the contract.

What if the owner can’t pay after the contract expires?

Some contracts allows you to take full ownership of the land if the owner fails to pay. The local term is “remate”.

I don’t recommend this because first, it’s just not fair that having taken all profit, you also take the whole land just because the owner failed to pay. And second, the owner, seeing the injustice might hold a grudge against you and you don’t want that.

So here’s what you can do: In your contract, specify that if the owner cannot return the money in the agreed date, you can continue harvesting from the farm, but without the taking full ownership. If this is the agreement, three things can happen:

1. The owner will eventually pay.

The owner will eventually come up with the money to buy his land back. Until then, you’re legally allowed to profit from the farm.

2. You can extend the contract.

Here’s what happens when the owner can’t return you the money once the contract expires, and at the same time, he needs more money.

For example, for a 20k two-year deal, the equivalent value per year is 10k. If the owner wants to extend the contract for 2 years, you’ll have to add 20k to keep it going. When the four-year contract expires and he has to buy it back from you, instead of 20k, he’ll end up paying 40k.

You can repeat this as much as you want. Each time you do this, make sure the contract is legally updated.

This happens when after extending the contract many times and the buyback amount keeps rising, the owner says, “I can’t buy the land back anymore, just buy my land and let’s get it over with.”

This one I like better, especially if I like the spot of the farm. When this happens, you and the owner can agree on the price. If you can’t give the money at once, you can always treat it like contract extension until you reach the agreed price. And remember to always legally update the contract, with all the signatures present.

Does these arrangements happen all the time?

Not all the time, but yes. There are landowners who want fast money. They don’t want to wait for another 3 months to gain profit without selling their lands. Or, they need the money for an emergency. In which case, that’s where you come in and make money yourself.

Can you do this with other business as well?

Sure you can. This article doesn’t just apply to coconuts. I’m specifically sharing my personal experience in the hope that you might get some ideas from it. So if you must, apply this concept to something that works better than coconut farm business in your own province. Hope this helps. 🙂 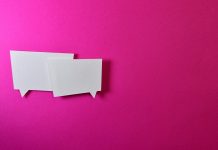 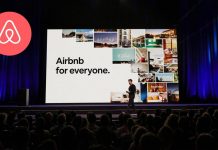 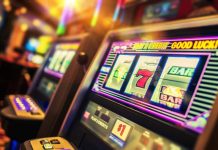 Are Online Slots Safe to Play?